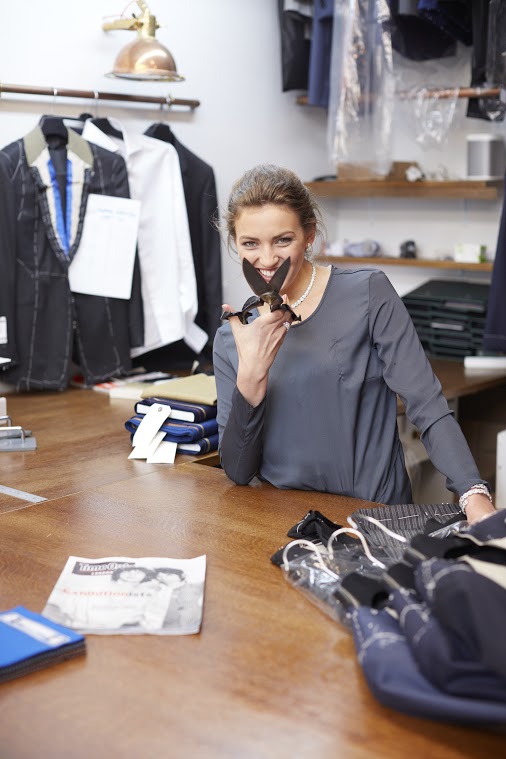 Biography: In October 2015 Gormley & Gamble became the first women’s only tailor in the history of Savile Row. G&G, as it is affectionately referred to by customers, was founded by the young entrepreneur Phoebe Gormley, who had been interning between Savile Row and Jermyn Street since the tender age of 15. After finishing school, Phoebe decided to pursue this passion further, enrolling to study bespoke costume design at university.
However, her one hour of lectures a week left a large amount of time for dreaming and scheming, and Phoebe’s mind soon began to wander. At the end of her second year she made the decision to leave university, and proposed to take her final year’s tuition fees and invest them into a business of her own. Gormley & Gamble is aptly named for Phoebe and the ‘gamble’ she took quitting university.
Phoebe was dubbed Savile Row’s Queen of Style by The Resident magazine, has been awarded ‘Young Star’ at the Women of the Future Awards 2015, ‘Entrepreneurial Spark’ at the Great British Young Entrepreneur Awards 2015, and has also been named in Management Today’s ’35 Under 35’ and Brummell magazine’s ’30 Under 30’. IN 2017 she was listed in Forbes 30 Under 30 for her contribution to the Arts.
Most recently Phoebe has set up Female Founders Presents, a not-for-profit to support and empower fellow female entrepreneurs. The first event is a Christmas shopping weekend.