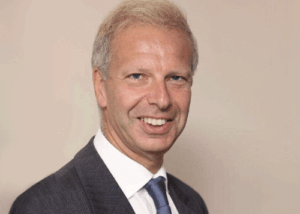 Biography: Lord Leigh graduated in Economics from Southampton University, and subsequently joined Deloitte Haskins & Sells where he qualified as a Chartered Accountant. He transferred to the corporate tax department where he further qualified with the Chartered Institute of Taxation.

In early 1986 Lord Leigh established Deloitte’s Mergers and Acquisitions Group and developed an expertise in company sales. In May 1988 he left to set up Cavendish Corporate Finance LLP and is currently the Senior Partner.

In September 2013 he was elevated to the Peerage as Lord Leigh of Hurley and has spoken many times in the Lords on business, the economy, tax, and

trade, and led the debate on international trade post-Brexit. He served on the Finance Bill Sub-Committee.

Lord Leigh has been a Treasurer of the Conservative Party since 2000, and Senior Treasurer since 2010.

He sits on the Advisory Board of Metro Bank plc.